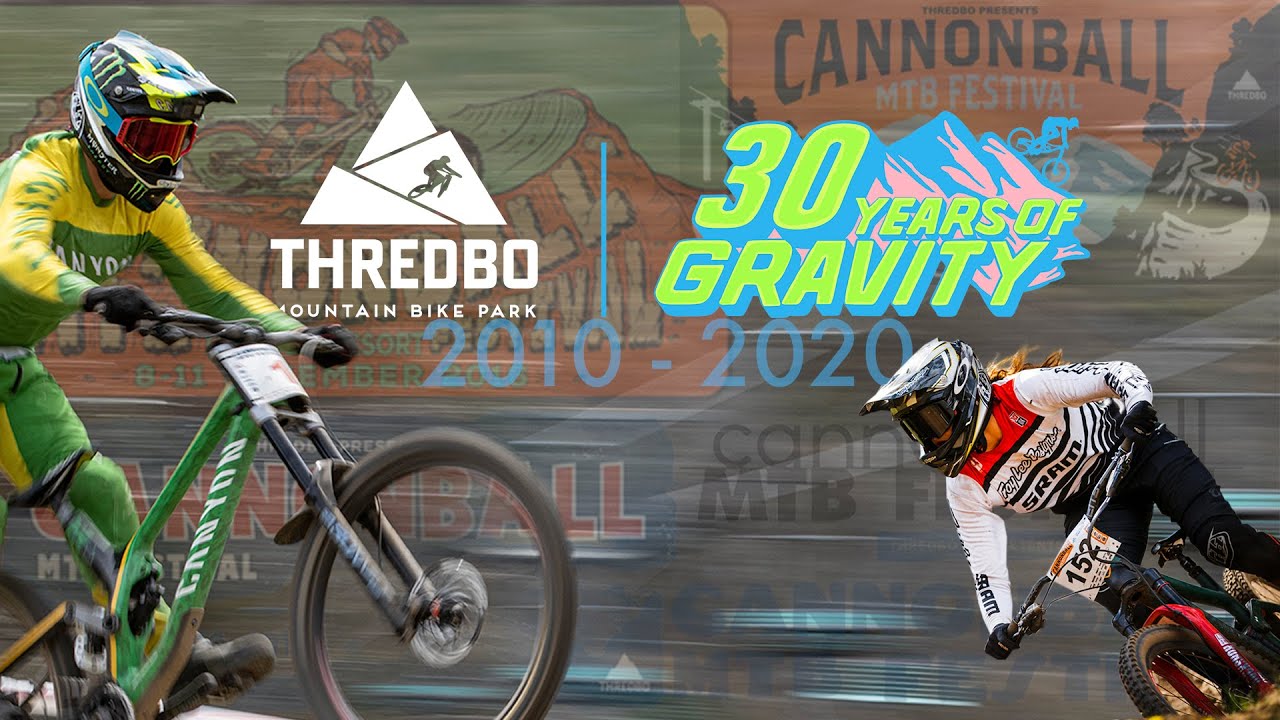 Here it is! The third and final instalment of 30 Years of Gravity and what a ride it’s been. The third episode takes a look at the 2010s when mountain biking transitioned from being all about hardcore mountain bike riders and became accessible for all. During this decade, Thredbo Mountain Bike Park came into its own with the creation of the Cannonball Downhill trail, a track worthy of a World Cup race. And we saw the inception of Cannonball Mountain Bike Festival, Australia’s biggest gravity mountain biking event, which each year attracts thousands of riders from all over the world. “From 2010 onwards the sport just boomed. There was such big growth world wide. In 2011/2012 I went to Whistler for a couple of summers and saw the potential of major bike parks and the big events they’re doing. I saw Crankworx, came back to Thredbo in 2012 and we hatched the idea of bringing an event like Crankworx to Australia. That’s when Cannonball was born in 2013,” said Thredbo MTB Business Manager Tim Windshuttle.

The past decade saw more female riders than ever in the line-up. We witnessed the rise of Tracey Hannah, the 2019 UCI Mountain Bike Downhill World Cup overall champion who has inspired countless riders, including two time Cannonball champion Sian A’Hern and 2014 Junior World Champion Tegan Molloy. “In 2010 I did a coaching clinic with Tracey Hannah who at the time was my biggest idol. I idolised everything she did. One day I hoped to follow in her footsteps racing for Australia. I’m stoked now to be instructing at Thredbo and inspiring the younger generation coming through. I looked up to Tracey back then and I know some local kids look up to me and that’s a pretty cool thing”  Molloy said.

“When I first started I was generally the only girl riding with the boys and in some ways that’s good because it helps push you along but now it’s grown massively. There’s so many more female riders around. They give the boys a run for their money.” We watched in awe as Troy Brosnan dominated Cannonball for four years and proved his talent on the global stage where he finished in the top three in six of the past seven years of the UCI Mountain Bike World Cup overall.

“The track is definitely long enough and suitable to be a World Cup track you know it’s got a chairlift and Thredbo puts on a great event and always does little changes to make it new and fresh and I definitely think this track is one of the best ones in Australia and one that I love coming back to,” Brosnan said. “I was first here in 2007 and it was only one track and not much going on and since I’ve been growing and Thredbo’s been growing, it’s a lot bigger. There’s jump trails and a lot of tracks for everyone. You can be a racer or you can just be a rider that wants to have fun and everyone’s going to have a good time and riding together and get to know new friends. It’s a good time,” said Brosnan.

Thredbo has helped push Australian riders to the next level including Thredbo Ambassador Kye A’Hern, who earned his rainbow stripes in 2019 when he was crowned the Downhill Junior World Champion. “Thredbo means so much to me, having such a great place to train, ride and race. Not many people are lucky enough to have big facilities like that especially only two and a half hours from us living here in Canberra” said A’Hern.

All of that homegrown talent keeps inspiring more people to ride with the next generation coming to Thredbo hungrier than ever. Thanks for joining us on our trip down memory lane as we celebrate three decades of mountain biking in Thredbo.

To keep the good times rolling we’re offering a mountain bike getaway this summer where you’ll save up to 27% with our MTB Stay & Ride Deal.

To plan your adventure and find out more about Thredbo’s mountain bike rentals and clinics, click here.

There’s a cap on the number of mountain biking passes available this summer to ensure we’re able to comply with social distancing restrictions. To avoid disappointment you can pre-purchase your mountain bike lift passes here!

The girls were all out getting it today 🙌 Some of Australia’s best female MTB coaches encouraging riders to push it to the next level 🚵‍♀️ ✅ What a vibe 💯Hit the link in BIO to find out more about Gravity Girls
Hots laps on the top of Australia 🇦🇺 🙏💪 Let’s go...@thredbomtb
It was a blissed out weekend in the mountains 🧘‍♂️🙌💆‍♀️ The first Yoga & Wellness Retreat for summer was good vibes only 🙏Hit the link in BIO to check out what went down over the weekend...
We’re hiring 🙌❄️⛷🏂 Have the winter of your dreams and join the 2021 Thredbo winter team 👊 Hit the link in our BIO to apply for a wide range of awesome positions today ☝️
There’s still a few spots left for the Yoga & Wellness Retreat running across 21-24 Jan 🧘‍♀️ Come enjoy sunrise mountain top yoga, guided alpine hikes, cold water immersion in rock pools, mountain meditation sessions, healthy food and more 🙏 Kick start the year feeling real good 💆‍♀️Link in BIO to book now ☝️
About last night... 😍🙏🌄
What’s the word on the dirt? Powered by @landroveraus2021 has kicked off in style with some of the best mountain bike conditions we’ve seen so far this season 🙌😍Hit the link in BIO for more details 👆
Believe the hype 🙏 The @landroveraus #Defender is awesome. Come try it out yourself and get little extreme 🤘 Hit the link in BIO to book your drive experience today☝️
Today we’re kicking off the @landroveraus Experience Drives 🤙 There’s a range of driving experiences in the new #Defender to enjoy 👊 Come try it out!Hit the link in BIO to book in your drive today...they’re running everyday through to 10 Jan 🙌
Needing an escape? 🧘‍♀️💆‍♀️🌄 Our yoga & wellness retreats are kicking off soon and are designed to reconnect you with nature and nourish the soul 🙏 Hit the link in BIO to find out more & book today.
Another sunny day in the mountains 🌞
Santa getting in some early hot laps 😜 Merry Christmas 🎄🚵‍♂️👍
View social feed