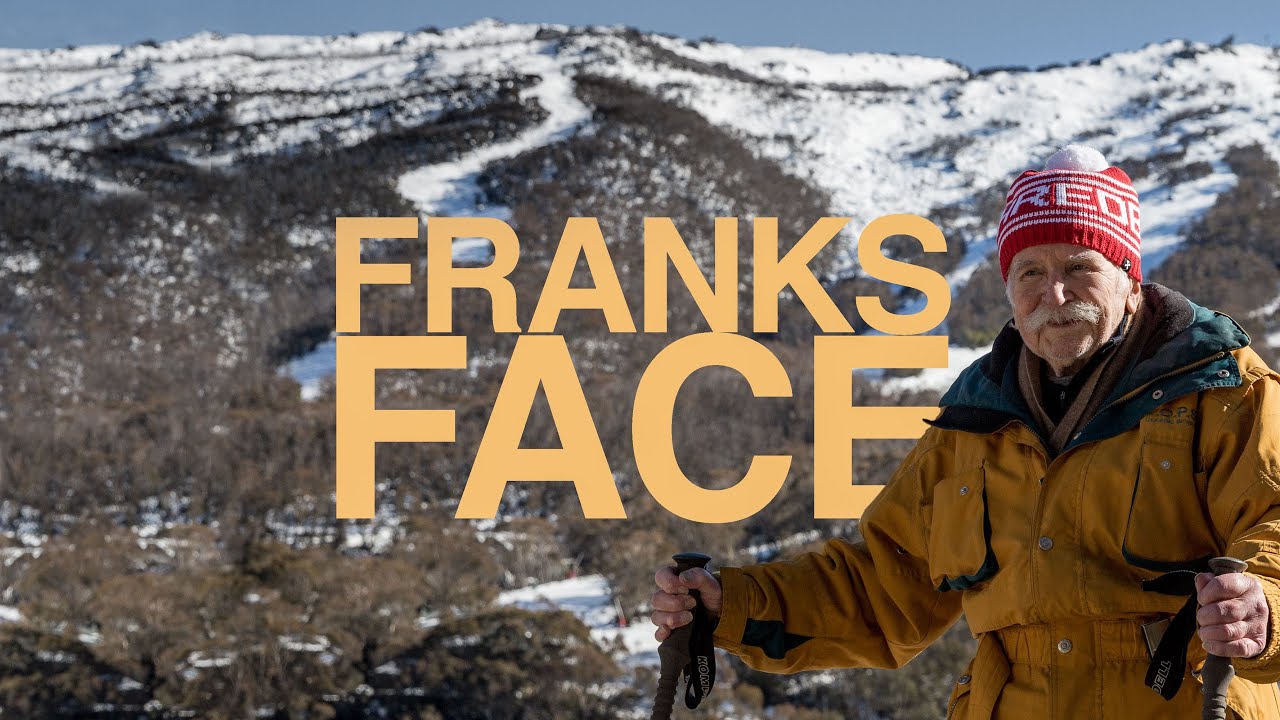 ‘Frank’s Face’ is the perfect homage to this mountain pioneer’s huge impact on Thredbo. Fleeing former Czechoslovakia and its communist regime, Frank bravely emigrated to Australia in 1948. Falling in love with Australia’s alpine area, he went on to start one of Thredbo’s very first ski-lodge businesses and was integral in developing skiing in Thredbo by helping import the famous Arlberg technique (the blueprint of many ski schools worldwide). Frank is a skiing legend in his own right, competing for Australia in the 1956 Winter Olympic Games in Cortina as an alpine downhill skier. Frank has also recently been awarded the Snow Australia Medal, a new award recognising Australians at the very highest level of winter sport. One of the Thredbo Historical Society’s honoured Faces of Thredbo, Frank Prihoda is a big part of this mountain’s history. Stoked to have recently won Australia’s Best Ski Resort at the @worldskiawards for the 4th year in a row 💪🏆🙏 Hit the link in BIO to find out more 👆
Opening weekend went off with a bang 👊😝🚵‍♀️ The mountains are calling... Hit the link in BIO for the full recap 👆
Thredbo’s the place to be this summer 🙏🌄☀️ Hike, bike, explore and more 🙌 Hit the link in our BIO to grab your passes today 👆
We teamed up with @keepitcoolaus on Saturday to plant 1,000 trees in the local area 🌱 🙏❤️ Hit the link in BIO to find out more about our partnership with Keep It Cool and their rad enviro initiatives 🙌
Let the summer adventures begin 🙌☀️🌄 We’ve just released our mountain biking and hiking season passes plus lots more summer products! Enjoy a different kind of adventure this summer 🚵‍♂️ 🥾Hit the link in BIO to lock in your pass today…
Its a perfect day to explore everything the mountains have to offer 🗺⛷ @thenorthface_aunz Backcountry tours are running until the 11th of October check out more in bio:
That’s a wrap ❄️⛷🏂 Due to this season's low natural snowfall and the warm, springtime conditions of recent weeks, we have needed to make the decision to cease winter operations for skiing and snowboarding from tomorrow. Thredbo Backcountry Tours are planning to continue until 11 October and the Kosciuszko Express Chairlift will be open for foot passengers and backcountry access. Thanks to our guests, employees and community for the 2020 snow season 🙏 We feel incredibly fortunate to have been able to deliver skiing and snowboarding this winter during such challenging times 😷. For everyone that has purchased lift passes, rental or Snow Sports lessons, we have emailed you directly in regards to a refund or credit👍. We look forward to the opening of the mountain biking and hiking season from 21 November. Stay tuned for more summer details dropping soon 🙌🚵‍♀️🥾❤️
Good Morning 🙌 Mother Nature turning it on 😍🙏⛷
Sunday Cruisin’ 🙌🏄‍♂️❄️
Turning up a storm this morning 🙌⛷ We wanted to give you a friendly update on our Season Pass offering for Winter 2021. We remain committed to the health and safety of our guests, employees and the wider community. With uncertainty related to COVID-19 continuing, at this point we are holding on releasing our 2021 winter season pass. When the path ahead for next winter is more certain, and we're confident we're able to deliver the unlimited skiing and boarding that a season pass offers, we plan to release a pass ahead of winter 2021. The good news is, we are preparing to release our summer products, including both Hiking and MTB Season Passes and will keep you posted when they're available for purchase. Thanks for your patience and understanding. We’ll be sure to keep you all updated on any season pass updates as we progress 👍❄️⛷❤️ Hit the link in our BIO to check out our FAQ’s surrounding COVID-19 operations.
Spring has sprung and the locals are out👋🦅🌼
The week that was 🙏❄️👍Powder, blue skies, windblown stashes and good times 😍 Hit the link in BIO to check out more of the action
View social feed