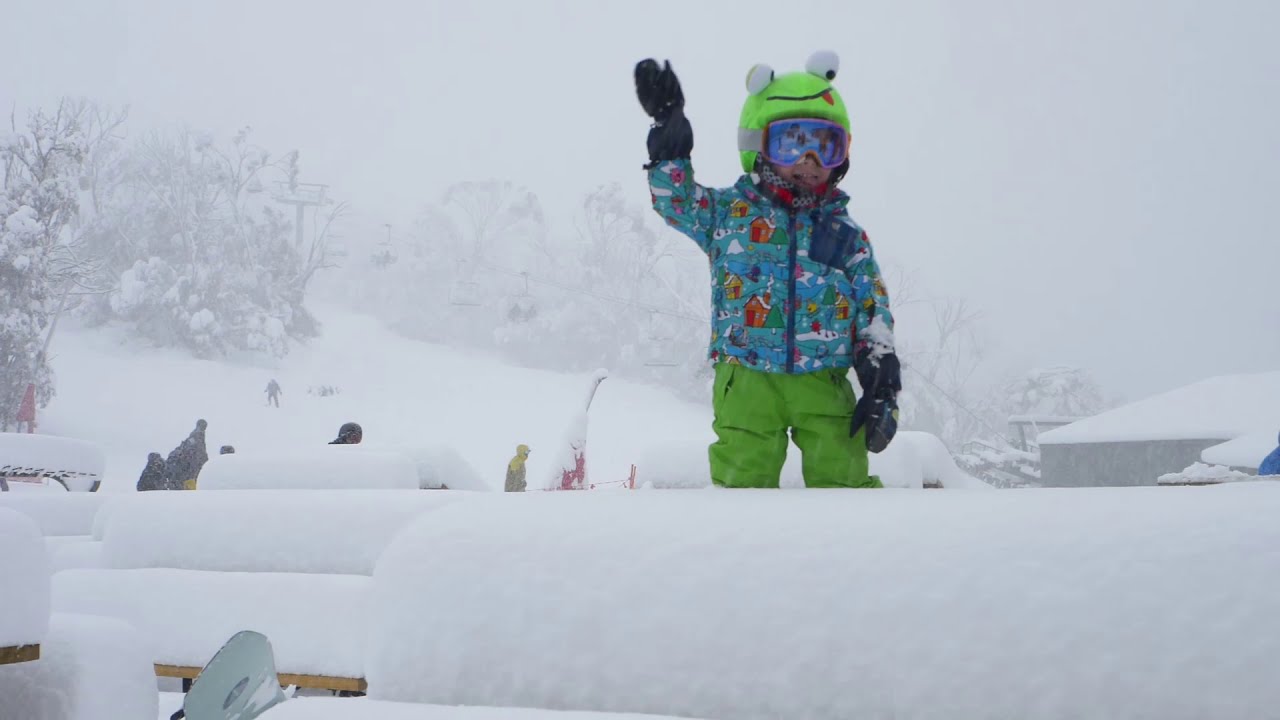 What an incredible three days! With a storm total of 85cm and a mountain left blanketed in snow, the “DEFENDER” storm definitely brought the goods. You could feel the excitement build on Sunday as fat flakes began to fall from late morning. Snowgoers were all smiles as the snow just kept getting heavier and the wintery change set in with the promise of a pow day to come. The entire mountain woke up on Monday to a huge day of freshies with 30cm of snow up top and 15cm in the Village falling overnight. The “DEFENDER” turned on the winter stoke as skiers and snowboarders took on the fresh pow on High Noon, the Cruiser area and…Supertrail! Thredbo’s iconic Supertrail made its awesome season debut with steep and deep turns available from early afternoon once the Mountain Operations team had completed their preparations. Monday just kept on giving with fresh tracks resetting all day and a storm total of 65cms by the afternoon. This morning dawned to a winter wonderland as the “DEFENDER” wrapped things up in the early morning with a massive storm total of 85cm. On top of fresh turns, the “DEFENDER” storm has opened up the mountain with heaps of terrain set to open over the coming days. The clouds are clearing and we have a beautiful sunny day ☀️ 😎
Fresh snow feels ❄️😍🙌
Weekend shred 🤙 Freshies and fat flakes ❄️🙌🤤
20cm up top overnight👆Plus more on the way ❄️🙏 Bring on the weekend ⛷🏂
❄️Happy Friday🙌 Fresh flakes have been falling all afternoon and it’s predicted to keep up all weekend🥳
🚨SNOW ALERT🚨 The storm has arrived🙏❄️
Yeah baby 👊 The fresh snow delivered today and experts are calling for 60-80cm to fall between Friday and Sunday ❄️🙌⛷ Hit the link in BIO for the full forecast 👆
Light, dry and loving it ❄️❤️ 15cm storm total so far...forecast for more fresh snow later this week looks 👌
10cm of fresh overnight ❄️👍 Going to be a good day ahead 😍⛷🏂 Stay tuned for what it looks like up top
Looking for a new winter adventure? We’re excited to kick off the Thredbo Backcountry Tours supported by @thenorthface_aunz from next Monday 10 August 🤙❄️🏔 If you’re up for an adventure...this is definitely for you! Hit the link in BIO to book your tour today...
The storm’s arrived ❄️🙌⛷A dusting overnight and more in the forecast 💪 Stay tuned for updates...
Side hits and slashes 🏂
View social feed