Australia’s biggest gravity mountain biking event, the Cannonball Mountain Biking Festival has wrapped up in Thredbo after five days of intense competition, with over 600 competitors riding it out for a slice of the $100K prize pool across the five signature events. 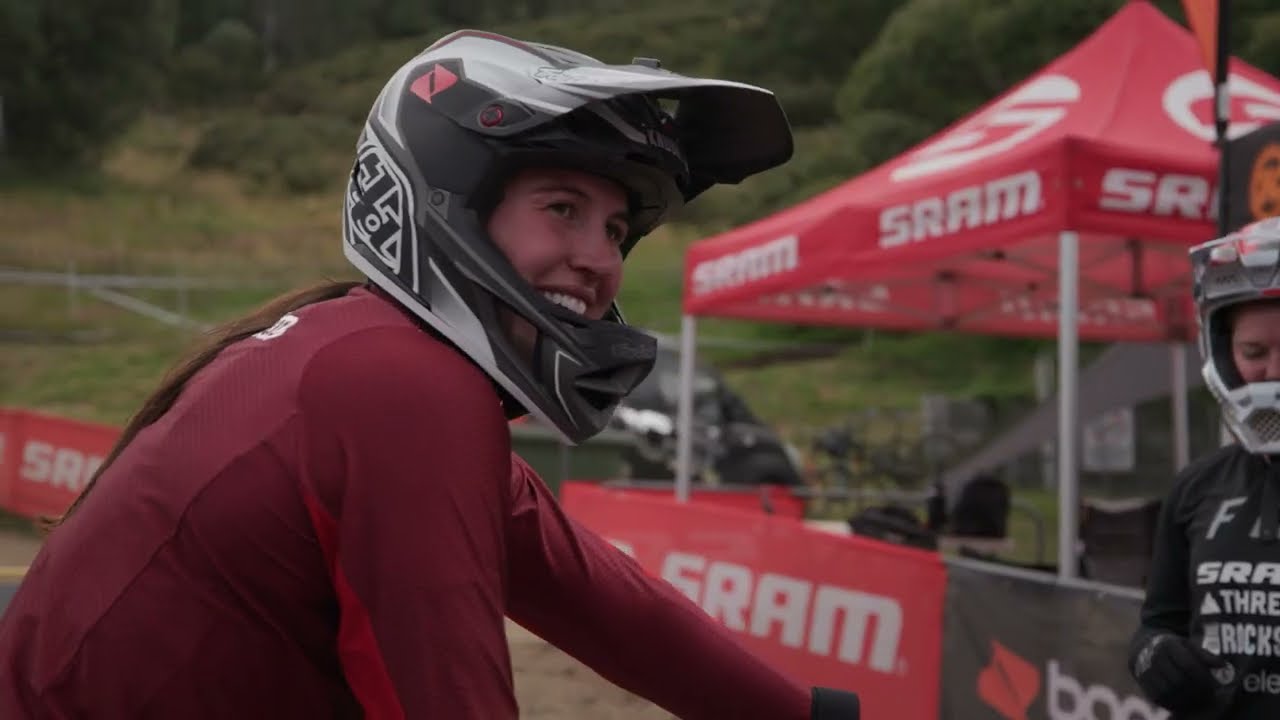 The eighth instalment of the event attracted some of the biggest names in the industry, with aspiring young riders competing alongside some absolute legends of the mountain bike world. Canberran and all-mountain downhill champion Jackson Frew made the most of the dusty conditions, sliding into the top spot of the headline event, the Oakley Australian Open Downhill on the iconic Cannonball run. He smashed the course in 5 minutes 15 seconds, just a pedal stroke faster than Connor Fearon in second and Kye A’Hern in third.

“I felt really good about the run, only a few little mistakes. They were more mechanical, which I thought would cost me, but I kept it together, kept the bike in one piece, and pumped it to the finish. It has definitely been a long time coming from my end, so I was really pushing hard to get it done,” Mr Frew said. In the pro women’s, Thredbo ambassador Sian A’Hern won with a killer time of 6 minutes and 5 seconds, with Jindabyne’s Tegan Molloy in second and Ellie Smith rounding out the podium.

“I am super happy. After a really challenging few months of injury, Covid and everything else, I’m really happy to be back winning races again and keeping the momentum going into next weekend’s National Champs. The track was tough, but I was really happy with my run… it’s the hardest race of the year so I am pretty stoked to get through it,” Ms A’Hern said. Thredbo Mountain Bike Manager, Daniel Taliana said he is thrilled the 2022 Cannonball MTB Festival turned out to be such a success.

“I remember our first Cannonball MTB Festival back in 2012 – with a few hundred, mostly locals with the occasional pro, racing more for fun over a few days. In 2022, it is incredible to see Cannonball is now Australia’s biggest and richest mountain bike festival, attracting the biggest names in the business. We are happy to have run a successful, safe event in these challenging times, and it was great to see so many amateurs, families and locals getting involved,” Mr Taliana said. After a solid day of practice on Tuesday 8 February, the first event Osprey All-Mountain Assault kicked off on day two. Ryan Gilchrist smashed out the win in the men’s pro division with an amazing 6:31.664, 5 seconds faster than all other competitors. Luke Meier-Smith came into second with 6:37.146 and Tim Eaton with a time of 6:37.171. In the pro women’s, Ellie Smith took the win with a time of 7:30.445, 1:80 seconds ahead of Leanna Curtis and Tess Buckley in third.

Day three was all about flow, with Group B taking on the Fox Flow Motion Cup. The fastest time down the hill was Josh Carlson in the E-Bike men’s category, finishing the course with a time of 8:19.841. Lee Tynan, racing in the 40 to 49 Years Men category, came in with the fastest time of the day on a traditional bike, crossing the finish line with a time of 8:42.208.

Young pinner Daniel Turkovic in under 15’s men was up there with the big boys coming in overall 6th and smashing the course in 8:50. Elleni Turkovic in the U17 women category was the fastest female on the hill, crossing the line with a time of 9:14.

Cannonball MTB Festival has 22 categories ranging from Super Masters 50+ to U13, men and womens. One of the youngest competitors, nine-year-old Noah McCarroll took on the Fox Flow Motion Cup on the festival’s third day and completed it with speed and confidence.

“The first bit was a bit hard because you had to peddle in a low gear so you could get faster,” McCarroll said.

Day four was massive, with the pro’s and Group A taking on the Fox Flow Motion Cup during the day and the Rockshox Pump Track Challenge kicking off in the evening. Luke Meier-Smith took out the win with an incredible time of 8:09.161, 3.332 seconds in front of second-place claimed by Ryan Gilchrist and Connor Fearon in third. Ellie Smith smashed the course with conviction and pace, racing across the finish in a time of 9:06.423, ahead of Zoe Cutherbert in second and Tegan Molloy in third.

As the sun went down, riders took to the pump track in the Rockshox Pump Track Challenge. The pro women were on fire, with legend Caroline Buchanan clocking in the fastest time of 21.780, followed by Danielle Beecroft and Ellie Smith.

The pro men turned up the heat with a nail-biting finish for first. Ryan Gilchrist slipped into first place, only 0.090 seconds ahead of Luke Meier-Smith and Duke Millington coming in third.

The week wrapped up with a HUGE day five featuring the Oakley Australian Open Downhill and Deity Whip Wars. The final podium for the pro men in the downhill was Jackson Frew with a time of 5:15, Connor Fearon in second with 5:16 and Kye A’Hern in third with 5:17. In the pro women’s, Sian A’Hern took out the win with a time of 6:05, Teagan Molloy in second with 6:14 and Ellie Smith in third with 6:16.

That afternoon hundreds of spectators flocked to the bottom of the mountain to watch the crowd favourite Deity Whip Wars. From the outset, it was all action. There were backflips, front flips, whips, supermans and more, with each rider setting the bar higher and higher. Not only were there podium places up for grabs, but also a stack of prizes and cash up for grabs for crowd-pleasers.

Tim Eaton won the men’s category pulling off the cleanest whips of the day. The girls also took to the air as legend Caroline Buchanan came hot into first for the women’s category. The standout performance of the event came from U19’s rider Will Ireland who performed tricks that were off the charts.

The 2022 Cannonball MTB Festival ended with a celebration in the Alpine Bar with Parachute Youth wrapping up a week that saw some of the fastest speeds, biggest names and largest hits…we already cannot wait until next year!

Weekend views 😍
🚨 ATTENTION MINI SHREDDERS🚨 School’s almost out! 📚❄️ Kids, get ready to rule the mountain 👑 Come and spend the day riding with @torahbright and a bunch of her pro friends as they coach you through a custom park, dedicated to the kids🤘 all going down on the 9th of July. Head to the link in bio to register
Hot Laps with the squad 🔥 @boostaus Terrain Park firing up for your Wednesday. @goproanz
The best kind of Monday blues 🙌☀️
Groomers galore 🔥🤘 What a day to open The Antons and Basin T-Bars ☀️
The Antons and Basin T-Bars make their season debut today 👏🎉 Thank you to the Mountains Operations team for getting more terrain open💪
Who is ready for this! ⛷🙌 Antons and Basin T-Bars are opening this Saturday. See you at Waimea! 🌊🏄‍♂️
Kosciuszko Pale Ale Uni Week🍻📚🏂 It’s time to put down the textbooks to ski, board and turn up the après dial in Thredbo, thanks to @kosci_beer
Cold June Mornings 😍👌 @burtonaustralianz
Après is back 🙏🕺🔥 @setmomusic @heineken_au
DAY FOR IT ❄️👍 That was an Opening Day for the books 💯 Great to to have all our Olympic ambassadors open the resort for the season 🏆
@jarrydhughes enjoying the ride down this morning 💯🙌❄️
View social feed