Cams, Lifts and Weather
Back to Events 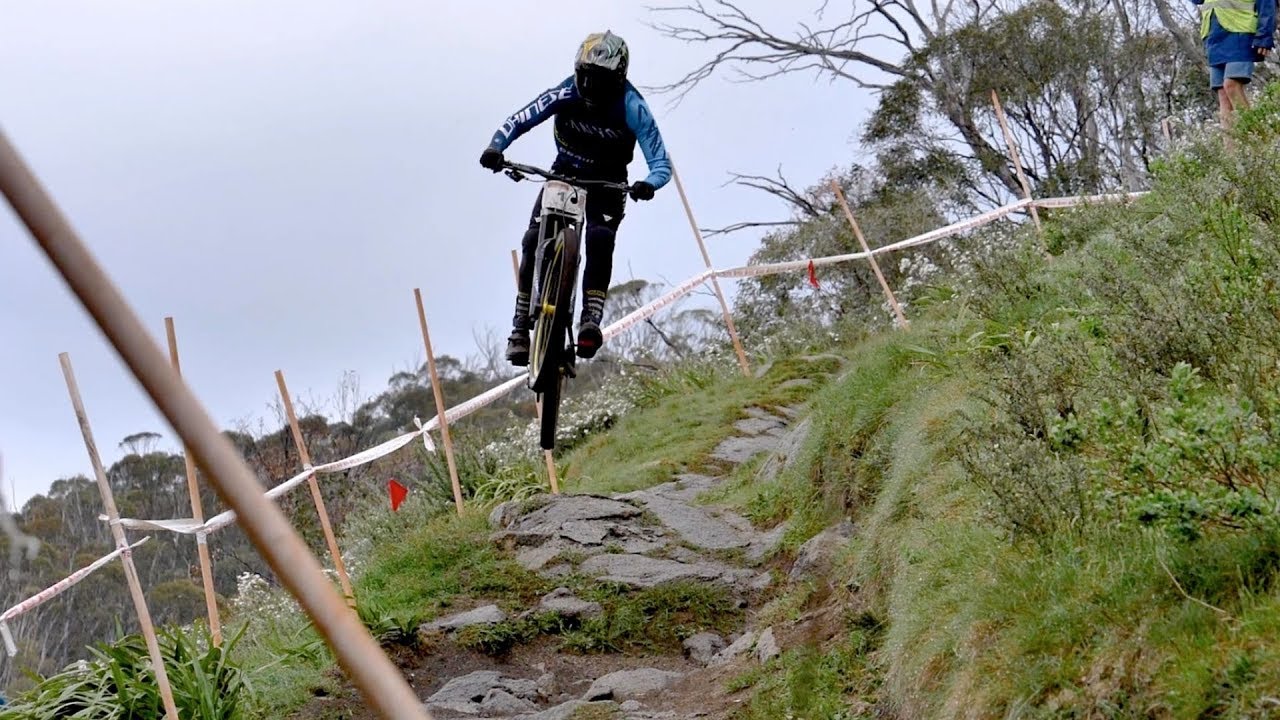 Australia’s biggest gravity inspired mountain bike festival returns in 2019 setting the standard for mountain bike competition with a huge lineup of supreme events and non-stop entertainment all weekend long. Catering for amateurs, rising stars & World Champions of all ages, Cannonball will see the mountain bike world hit Thredbo for 5 days of gravity fuelled mountain biking and their chance to take home a share of the massive $100k in cash & prizes on offer solidifying itself as the richest Australian mountain bike event in history.

Five mammoth events will appeal to riders from not only the nation but from around the globe with a number of the worlds best racers already confirmed to be attending. The lineup of crowd pleasing events include the leg burning Maxxis Flow Motion Cup, the Osprey All-Mountain Assault, the Rockshox Pump Track Challenge on Thredbo’s Village Green, the Deity Whip Wars Big Air held on a purpose built kicker and the rough & raw SRAM Australian Open Downhill!

The action doesn’t limit itself to the race tracks with the famous Thredbo nightlife coming to life with an impressive lineup of entertainment all weekend thanks to Australia’s best DJ’s spinning tracks till late!

Keen to purchase some awesome Cannonball Festival merchandise? Click here to check it out and grab some awesome gear. Stay tuned for more updates throughout the day… Please find below the results from each Cannonball event: From Wednesday to Sunday, Cannonball features a jam packed schedule of events on and off the mountain. Check out the schedule to be sure you don’t miss out on any of the action!

Check Out the Schedule Don’t miss out on the 2019 official event merchandise before it sells out! Got some questions on Cannonball or can’t find the information you’re after? Check out frequently asked questions and get the low down on everything you need to know about Australia’s biggest mountain bike event!

Check out all the event formats, rules & regulations here to be sure you don’t get caught out in the start gate! Thredbo is famous for its entertainment & nightlife. Once the riding stops, the village will come to life with an unreal lineup of entertainment & artists keeping this mountain bike party pumping! Download your FREE rider images & check out all the action that has gone down at Cannonball over the years! Cannonball MTB Festival has partnered with some of the biggest brands in the industry to bring the festival to life. Huge thanks to our partners for stocking the prize bags and making Cannonball the best event on the MTB calendar!
Find Out More As a competitor at Cannonball you will receive a number of benefits throughout Thredbo including discounts on food & beverage and some great bargains in the Thredbo MTB retail store thanks to our amazing sponsors! Volunteers are a vital part of Cannonball. With 5 days, 5 massive events and over 1000 riders expected at the 2019 Cannonball, there are an array of volunteer positions available. Winter...Welcome back! 🙌🥶❄️❤️ Stay tuned for what it looks like up the top ☝️👀
Winter Update: We wanted to give you all an update on the current situation in regards to the upcoming winter season ❄️⛷🏂 We’re currently working hard to come up with a plan so we can all ski and snowboard this winter 🙏 At this point, given the uncertainty of the evolving situation, a decision in relation to winter 2020 season is yet to be made. We’ll keep everyone updated as we have more information. In the meantime, we’ve developed a COVID-19 Cancellation Policy giving guests who pre-book for this winter peace of mind and assurance 👍 We’ve created a dedicated COVID-19 Update page with all the details you need to know. Hit the link in BIO to check it out 👆 Thanks for remaining patient with us and we’ll be sure to keep you updated as the situation unfolds.
Update: We will be closing the Thredbo Mountain Bike Park for the season as of today 26 March 2020. The Kosciuszko Express Chairlift remains open for foot passengers only 🥾 We strongly urge all our guests to follow the government directives regarding non-essential travel and social distancing for their own safety and for others 🙏 Essential services within the Thredbo Village remain open. Thanks for remaining patient with us and we’ll be sure to keep you all posted on any further updates. Hit the link in BIO to see all current COVID-19 resort updates☝️
The trail conditions are👌😝🤘right now 💪 Bring on the weekend 🙏 @thredbomtb
Conditions are ON right now for biking and hiking 🙌❤️👍We just wanted to give you a friendly heads up that our summer operations are still running as normal with so many mountain adventures to enjoy 👌 Unfortunately we’ve had to cancel the Easter School Holiday Family Adventure Festival that was set to run from 11-25 April 2020. . However, all of our fun family activities like hiking, biking, the bobsled and more are still operating across the Easter holiday period at this stage 👍 We’ll keep you updated on any changes, as we’re assessing the situation daily. We’re continuing to prepare for the opening of the 2020 winter season, set for 6 June 2020.
We understand times are so tough right now for our global community 🙏❤️❄️ At this point we remain open for usual summer operations and are continuing to deliver the independent, outdoor activities including hiking and mountain biking that we all love so much. We want to assure you that Thredbo is committed to the health, safety and wellbeing of our guests, employees and wider community. Plus providing the best possible experience and we’re taking a number of additional steps to maintain a safe environment for everyone. To assist in helping to support our global community, we’ve taken the following measures: Cancelling some of our upcoming major summer events that are likely to bring large groups of people together. This includes the Australian Mountain Biking Interschools that was scheduled for 19-22 March 2020, together with the Lindt Easter Egg Hunt on Sunday 12 April 2020. We’re currently assessing the other remaining summer events and will advise if there are any further changes. Following stringent best practices in cleaning our resort facilities, food service, hand washing and requiring employees to stay home in the event of illness. Applying rigorous best practices in all of our food handling. Further promoting best practice hygiene etiquette amongst staff and guests. At this point we’re continuing with all plans for winter 2020 and will keep all our guests updated if this changes. Thanks for your understanding and catch you in the mountain soon 🙌
We’re still hiring for winter 👍⛷🏂 Instructors, food & beverage, village crew and heaps more 👌Don’t miss out...Hit the link in BIO to apply for a range of awesome positions today👆
HUGE 🙌 The Mountain Collective has just launched their Aussie at par promotion for the 20/21 @collectivepass 💪 Lock your pass down today for $470.27 AUD...Kids passes are $153.65 AUD ❤️ Also score a bonus day at the destination of your choice ✅ Plus there’s been 4 new destinations added 🙏 Welcome @panoramaresort @sugarloafmountain @grandtargheeresort @chamonixmontblanc taking it to a total of 22 destinations, 44 days + bonus day and 50% off all additional days 👌❄️🤘 Hit the link in BIO for more deets and to buy now 👆
These boots are made for hikin’ 🥾🙏😎
Looking back on an amazing weekend 👀 Local wine, food, good company and mountain vibes 🙏🍷🧀✌️Hit the link in BIO for the full recap on the Taste of the Snowies: Thredbo Food & Wine Festival 👆
Yeah Baby 🙌❄️❤️ The 20/21 @ikonpass is here 🙏 Grab yours today from $699 USD👌Enjoy 41 incredible destinations around the globe 🌍 Powder to the people ✌️Hit the link in BIO to find out more and buy now 👆
Weekend plans sorted 🙏 Kick back, sip and taste the best in local produce at the Taste of Snowies Festival across 6-8 March👌🍷🧀 There's dinners, markets, the iconic cheese rolling event plus heaps more...bring on the good life 👍 Hit the link in BIO for more details 👆
View social feed