Have a T-ime Up Top with Antons, Basin and Karels All Running!

Opening up a stack of new terrain for your turns, Basin T-Bar, Karels T-Bar and Antons T-Bar are now all cranking. Hitch a ride on Karels T-Bar to reach Australia’s Highest Lifted Point. Ring the Thredbo Community Bell sitting at 2,037m before dropping into the intermediate terrain of The Basin; all the while taking in sweeping views of the valley below. Opening just in time for the 100th birthday of Australia’s Oldest Olympian Frank Prihoda, The Basin is home to Franks Face, named after the local legend himself, and Sashas Schuss, named after his sister and original owner of what is now known as the Black Bear Inn – Thredbo’s second ever lodge. Looking for a little easier terrain?
The Basin area is still accessible to those wanting to stick to the greens. Access the gentler slopes of the Basin Run trails by taking a ride on Basin T-Bar.

Slide Down Central Spur
Heading over to the other side of the mountain, intermediate to advanced riders can take Antons T-Bar to access Central Spur terrain. From Albert’s Amble, Lenny’s Leap, Michael’s Mistake and more. Over to the Cruiser Traverse, ski or snowboard into the Cruiser area, finishing the day with a snack and tunes at Merritt’s Mountain House before taking a ride on Australia’s only alpine gondola back down to Thredbo Village.

What are you waiting for? Check out our resort map and start planning those turns! 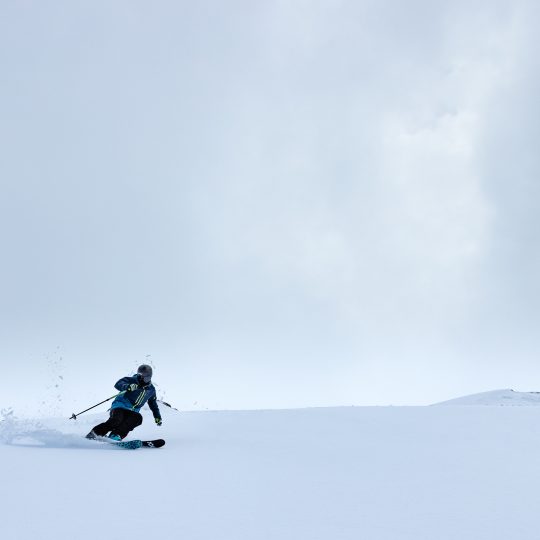